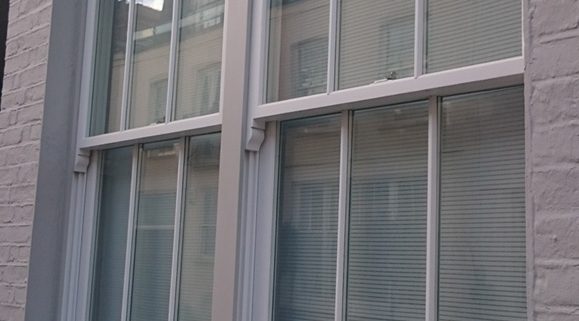 Window horns were originally used in timber sash windows to strengthen the window’s structure. They supported the mortice and tenon joints and prevented the sashes from opening too far and becoming jammed. As the Victorian period progressed, architects wanted to use increasingly larger glass panes. Without the glazing bars, a new method of support was needed. Thus, sash horns were born.

If you look closely at any period property from the Victorian era, you should be able to see the window horns. They were manufactured in several shapes depending on the architectural fashions of the time and place. Some are a simple curve while others feature an ‘s’ shaped design, an inverted slope, or a more intricate combination of inset and protrusion. They are now representative of the period style and are considered essential in any heritage property renovations.

Victorian houses are now associated with large single pane windows many with canted rather than bowed bays. Canted or square angled bays were a third of the labour cost of bowed windows. During this period many late Georgian and regency properties had their windows upgraded; a sign of wealth was large windows without glazing bars. To accommodate these heavy single panes of glass the horn or joggle was introduced on the upper sashes. This is a detail you can see in the corner of the sash which is to hide a mortise and tenon joint which slots into each other. Earlier multi pane window were just slotted together but this joint proved to be weak with the weight of the new glass.

Originating almost 400 years ago sliding sash windows have a rich history having spanned various eras including the Victorian and Georgian eras and have seen many design developments over the years. One of which being the inclusion of a sash horn; dating back to the mid-Victorian period sliding sash horns were a little piece of intelligent Victorian engineering designed to make the joints stronger. Taking on various shapes and sizes over the years, these horns, often intricate, are used today as purely a decorative element and, despite their size, can make all the difference to the overall look of the window.